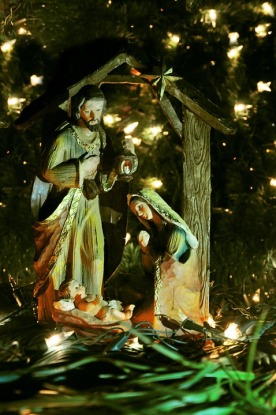 Their eyes were fixed on the screen.  It seemed like forever but it was just a few minutes.  The room was still and quiet except for the occasional click of the monitor. The young couple sat watching, waiting for a sign that the test results were true. A couple more minutes would tell the story. In a moment they moved from wondering to wonder as they became eyewitnesses to a miracle. There on the screen was life; tiny, eight-week old heart-pounding life. It was too soon to tell what the child would be. His gender would be revealed soon enough but it would take a lifetime to know what he would become.

Over 2000 years ago, another couple waited. Mary and Joseph had no ultrasound to confirm the child’s existence. They didn’t question the gender nor did they wonder what he would do with life. His coming and purpose was proclaimed by an angel and foretold by prophets. This would be no common birth. He would be no common baby.

A Savior is Born

After a slow, tiring journey, the young couple arrived into a crowded city with no comfortable place for them to lodge. It didn’t matter. They took shelter in stable behind an overbooked inn. And there, in the sleepy town of Bethlehem, Mary delivered God’s Son. Deity took on humanity when this child was born and the trappings of His royalty were exchanged for swaddling clothes and a manger. As far as the world knew, He was just another baby. But in that manger was life; tiny, heart-pounding, soul-saving life. That life was born so that death would die, and we are the beneficiaries.

For God so loved the world that He gave His only begotten Son, that whoever believes in Him should not perish but have everlasting life. John 3:16

As we celebrate this Christmas, let us remember that God gave us the greatest gift of all. He gave us Life. He gave us Jesus. Merry Christmas!